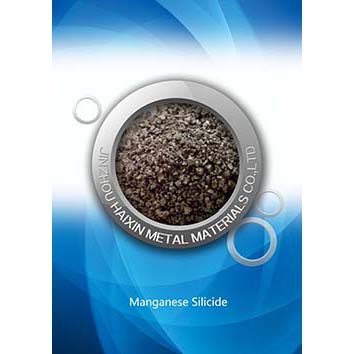 intermetallic compound. Due to its unique physical and chemical properties, it has

optical, magnetic and thermoelectric properties, and even have potential application

value in the field of catalysis. Using manganese silicide as thermoelectric conversion

material, the power factor of generating capacity is 2.4mw/k2m, which is about 2

times of the original. Using materials, it is expected to realize the high-power

of 300 ~ 700 ℃ from the engine and industrial furnace into electricity. However,

traditional preparation methods such as metallurgical or physical methods can

not meet the requirements of the preparation of transition metal silicide nanomaterials.

However, the manganese silicide prepared by Haixin has high alloying degree,

Tohoku University of Japan announced on December 1, 2016 that the power factor

representing the power generation index has reached 2.4mw/k2m, which is equivalent

thermoelectric conversion materials. Using materials, it is expected to realize the

high-power thermoelectric power generation module which can convert the unused

heat energy of 300 ~ 700 ℃ from the engine and industrial furnace into electricity.