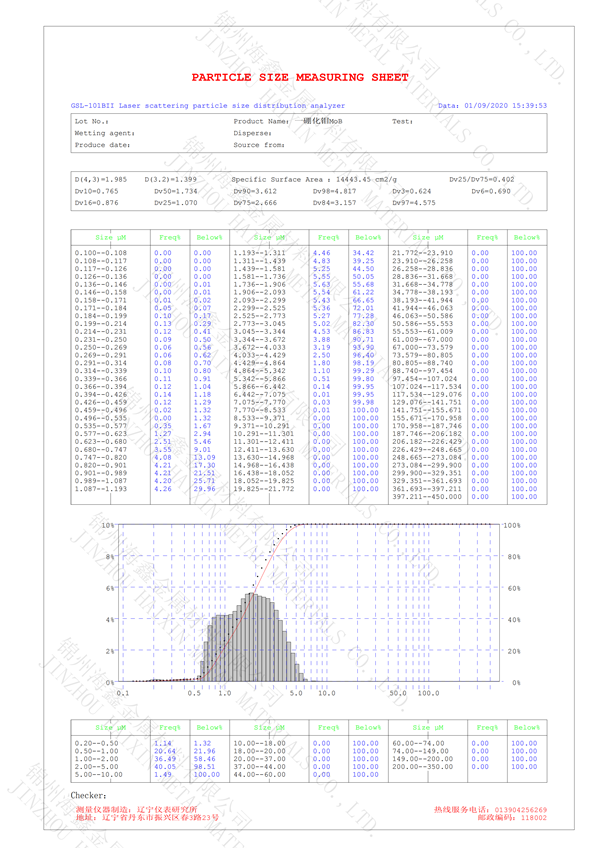 boride is 2600℃, and it can be used as high-temperature spray coating. Special alloys

technical applications. With the progress of science and technology, the application

field of molybdenum boride compounds will be further expanded, and this material