The crystal of molybdenum disilicide (MoSi2) has a tetragonal structure. It is an intermediate phase with the highest silicon content in the Mo Si binary alloy system. It is a Dalton intermetallic compound with fixed composition, gray and metallic luster. It has good conductivity and thermal conductivity, excellent mechanical properties and high-temperature oxidation resistance. It can be used as heating element, and its performance is better than that of silicon carbide. Its early application was as a coating protective material for high temperature and corrosion resistance on the surface of metal matrix. It was first applied to the coating of gas turbine parts, jet engine combustion chamber and missile combustion chamber. Nowadays, the main industrial application of molybdenum disilicide material is in the production of high-temperature heating elements and thermocouple protection tubes.

① Crystallographic properties: it belongs to tetragonal crystal structure with a density of 5.9-6.3g/cm. Pure molybdenum disilicide has no phase transition before reaching the melting point and has good thermal stability. Within the upper limit of its effective temperature range, the rise and fall of temperature will not be damaged by the change of crystallographic properties.

② Thermodynamic properties: the melting point is up to 2030 ℃, the thermal conductivity is high (close to SiO) and the coefficient of thermal expansion is small. These characteristics are the necessary conditions for making high-temperature heating elements or thermocouple protection tubes, and are conducive to increasing the thermal shock resistance of their products.

④ Mechanical properties: the tensile strength and bending strength are not lower than that of general metal materials and some oxide materials (such as Al2O3), and the hardness and compressive strength are higher than that of metals. Compared with metal, the biggest disadvantage is poor impact toughness, so it belongs to brittle materials like general ceramic products. Therefore, in the actual production process, a small amount of metal binder is added without affecting its high-temperature oxidation resistance to make cermet.

⑤ Chemical properties: the chemical state is acidic. It is insoluble with most acids and bases at room temperature. Except oxide ceramics, MoSi2 has the highest antioxidant stability among all refractory compounds. Since the solubility of silicon in molybdenum is about 1% (1800 ℃), the oxidation stability temperature of MoSi2 is below 1700 ℃.

Molybdenum disilicide itself is not resistant to high-temperature oxidation, but forms a thin and dense silica glassy protective layer on its surface at 1300 ~ 1600 ℃ to inhibit further oxidation. MoSi2 is not only stable in oxidizing medium, but also can be used to quite high temperature in reducing, neutral, inert and some strong corrosive atmosphere. For example, in N2, CO2, SO2 and other media, the maximum service temperature can reach 1600 ℃.

Molybdenum disilicide can be obtained by direct reaction synthesis of Mo powder and Si powder. Or synthesized by the oxide reduction reaction of mo.

At present, the silicide product with the largest industrial production and the most widely used is molybdenum disilicide. Its main products are high-temperature heating elements and thermocouple protection tubes. 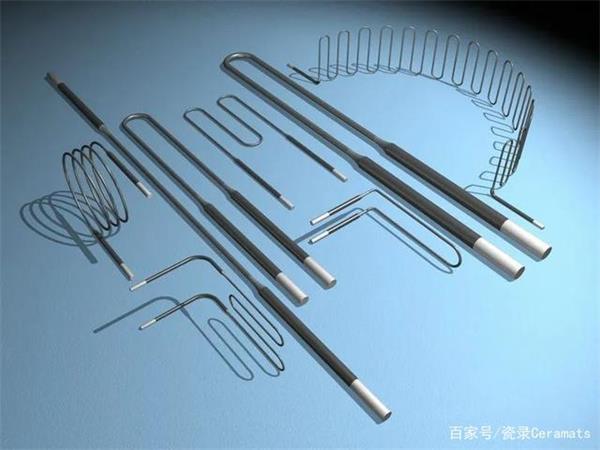